AN ASTRONAUT CANDIDATE’S TAKE ON GOALS AND LEADERSHIP

AN ASTRONAUT CANDIDATE’S TAKE ON GOALS AND LEADERSHIP

When I asked Canadian astronaut candidate Shawna Pandya about which of her many roles she identified with first, she said,

“It really depends on the day.”

Given the number of roles she has, this answer isn’t a surprise. Pandya’s a resident physician finishing her residency in family practice, training as a citizen science astronaut and aquanaut, and is a competitive martial artist—just to name a few. 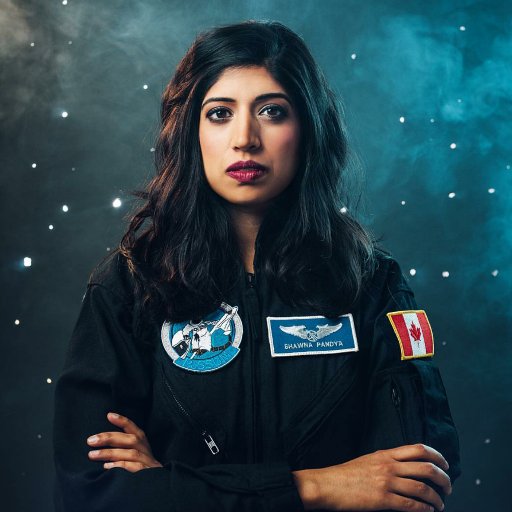 Despite the resume, you’d never catch Pandya saying she’s exceptional. When she describes how she pursues her accomplishments, she focuses on her decision making and commitment to her goals.

Lately, that commitment has been directed toward her dream of going to space and setting herself up to be a candidate for Canada’s citizen science program. Pandya is driven by “the discovery … and the opportunity to give back and do science in a locale where not many people have been before, and to push the boundaries on our knowledge and discovery and what we’ve achieved as a race.”

Plus, if she were selected, Pandya said it’d “feel like Christmas morning every day for the duration of the mission.”

To be a well-rounded candidate, Pandya has devoted herself to training across various fields, from piloting to scuba diving to refining her medical skills in remote environments. For that, she took a NOLS Wilderness Medicine course designed for medical professionals.

Pandya chose the wilderness medicine course because she wanted to learn more about providing care in “extreme” environments—the type of medicine that happens in remote settings with scarce resources. For her, the appeal is in “putting yourself in situations where you really need to push yourself to think and be a medical MacGyver.”

Because Pandya needed so many varied experiences to be a competitive astronaut candidate, I wanted to know how she managed to get these things done and stay balanced. Surprisingly, or maybe not, the answer wasn’t complicated.

For example, Pandya talked about recruiting her friends for thirty day challenges, like completing 10,000 sit ups in a month. She said, “Getting more people on board makes it that much more fun—you’re competing with yourself, you’re encouraging each other, and if you’re the one organizing the challenge, you don’t want to let other people down!”

One thing you notice when you talk with Shawna is that, in the middle of all of her tasks and goals, she keeps up her commitment to people. People always were at the center of our conversation, whether that included admiring the abilities of the other astronaut candidates to describing the support of her family and friends to emphasizing the way space exploration benefits humanity as a whole. I suspect this outward focus is one secret ingredient to how she’s been able to stay motivated over the years she has spent building her skills to prepare for space travel.

Helping people isn’t just a vague notion for Pandya, either. She has spent much of her time, and still does despite her full schedule, mentoring girls and women in STEAM topics (an increasingly popular term that evolved from STEM, which refers to Science, Technology, Engineering, Arts, and Medicine).

In various talks she’s given to this audience, when she talks about what makes a quality leader Pandya emphasizes being attuned to the group: “You know, being a leader doesn’t always mean being at the head of the pack barking out orders. It means stepping back and seeing how things play out and … really knowing your team inside out.”

She added, “Knowing when to lead and when to follow, and then knowing your teammates, are two of the biggest aspects of leadership that I’ve learned.”

“KNOWING WHEN TO LEAD AND WHEN TO FOLLOW, AND THEN KNOWING YOUR TEAMMATES, ARE TWO OF THE BIGGEST ASPECTS OF LEADERSHIP THAT I’VE LEARNED.”

She added that this is key for space travel, laughing as she said that “it becomes really awkward [for a long mission] when you’re all giving each other the cold shoulder or saying ‘I think this person should sleep outside!’”

At the end of our conversation, Pandya returned to the topic of how others can turn their goals from ideas into reality. She said, “There’s always a first step you can take. Sometimes the first step is figuring out what that first step is, but you’re not going to get to your goal until you take that first step.”

With a goal that’s large or might take years to accomplish, even the first step can seem out of reach. But Shawna Pandya didn’t spring out of the ground as an astronaut candidate, or a physician, or a competitive martial artist. She had to take her own challenging first steps, too. Yours will probably look different because your goals are unique, but what you’ll share with this aspiring astronaut is that you had the drive to get started.