Home/blog/My I.C.U. Patient Lived. Is That Enough?
Previous Next 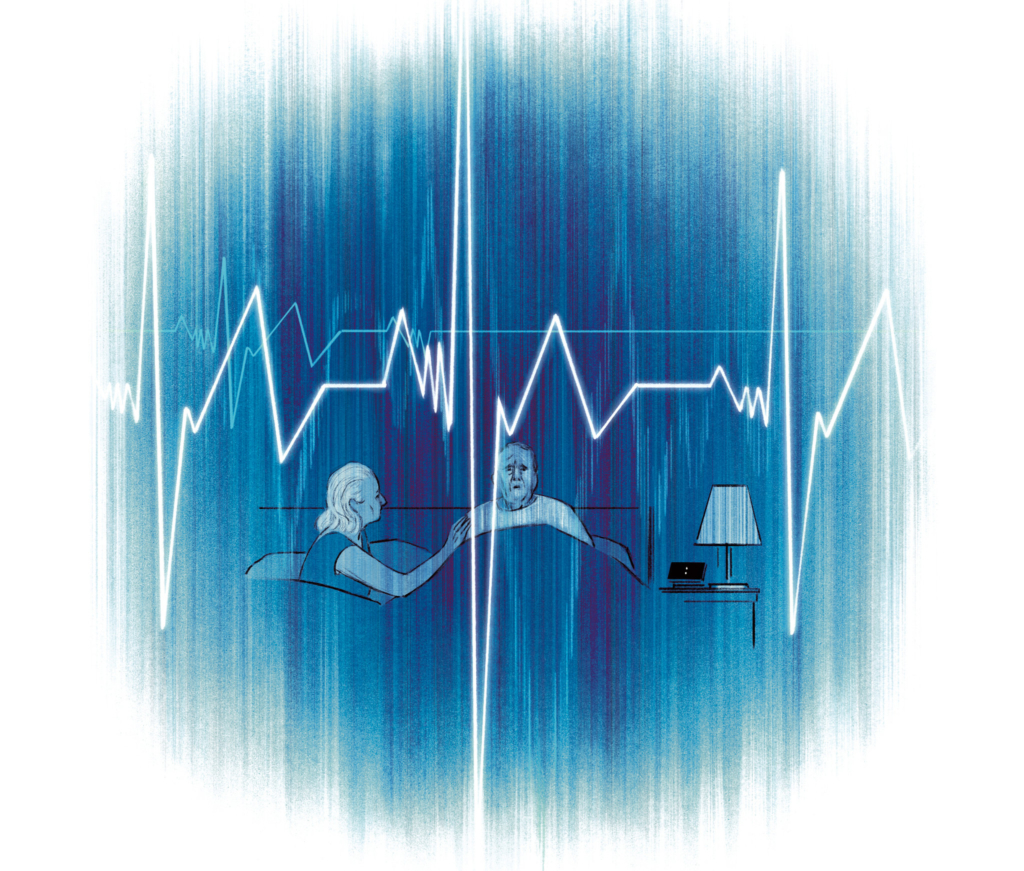 ISABEL SELIGER
By DANIELA J. LAMAS
APRIL 1, 2017
He is breathing better and the doctors say his lungs will recover, but he can’t remember his appointments or where he put his keys.

It has been months since the surgery and the scars are fading, yet she still wakes almost nightly to the sound of phantom alarms.

Those are the sorts of stories I heard one morning at a support group for patients who had survived a critical illness and their family members. It seems simple — a few doctors, a social worker, a psychiatrist, former patients and their husbands and wives, a conference room, pastries, coffee. In a way it was. But this was the first time that many of these men and women had been asked to talk about their struggles after critical illness with those who’d shared similar experiences.

And it was among the first times that I — then a doctor in my final year of critical care training — had heard directly from them about their lives after the I.C.U.

I knew the research. As many as one in three patients sick enough to require a ventilator might develop symptoms of post-traumatic stress disorder. Anxiety and depression are equally common, if not more so. Others survive critical illness but find themselves forgetful and easily confused, facing cognitive problems that are similar to those in people with mild Alzheimer’s disease or a traumatic brain injury. There is even a name for the constellation of symptoms often experienced by survivors of critical illness — post-intensive care syndrome.

A few hospitals, like my own, are starting clinics specifically for patients who have made it through a long intensive-care-unit stay. Simply scheduling patients for a clinic is harder than it might seem, because even for those who make it home, surviving critical illness often brings with it multiple transitions, from the acute-care hospital to rehabs and nursing facilities.

We’ve seen a handful of patients at the clinic so far. Some say that they are perfectly fine despite their horrific ordeals, while others tell us they can’t return to work or are easily startled, their sleep interrupted by strange nightmares. In response, we offer them education about post-intensive care syndrome, evaluation and referrals — much of which they likely would not receive elsewhere.

Each additional doctor visit could pose a burden to patients who are already discharged with lists of subspecialist appointments. There is not yet a study that says seeing a critical care doctor after you’ve left the intensive care unit will make you healthier, help you avoid further admissions or improve your quality of life.

But perhaps there doesn’t have to be. In that clinic room, the work feels valuable. Millions of people leave the I.C.U. each year. As we enumerate the unintended consequences of lifesaving success, it seems incumbent upon us to try out new ideas, even if we can’t promise a fix.

To that end, the Society of Critical Care Medicine, a professional group for critical care workers, recently started a program to fund I.C.U. survivor support groups like ours at hospitals across the country and abroad. Maybe, as I.C.U. doctors, we can learn from our patients and their families and they can learn from one another, simply by sitting in a room together and paying attention to what unfolds.

So I sat at the support group and I did not talk; I listened. I listened to former patients describe how they returned home only to find their minds cloudy or to feel abandoned by the teams of doctors who’d saved their lives. And as they talked, I flashed through the faces of patients I had cared for during my training. I lingered over one memory of a young woman who’d developed life-threatening pneumonia after an influenza infection. On the night that she came in, I stuck her wrist to draw arterial blood, over and over again, until she was swollen and oozing from tiny puncture wounds. I had not been a doctor long, and I was sure she would die. To my surprise, I watched her breathing tube come out a few weeks later. Her voice was hoarse and tentative and she was confused. But she had lived. At the time, unaware of the range of outcomes that might face her moving forward, I simply felt triumphant.

Support group ended. There were a few tears, a few phone numbers scrawled on napkin corners before the room emptied. Everything I’d heard was still on my mind when I returned to the I.C.U. for a scheduled shift shortly afterward.

One man on my patient list had been admitted with shock from a widely disseminated infection. He was close to breathing on his own, without the ventilator. As I examined him late that night, his wife watched from a chair in the corner. “He had a good day,” she said, and I heard the relief in her voice. “They say he might leave the I.C.U. soon.”

He had been lucky. Perhaps the week in the intensive care unit would fade like a strange dream and he would have a smooth re-entry into the world. Yet then again, maybe he wouldn’t. I thought for a moment about whether I should discuss this with his wife. But it didn’t feel like the right time to share the challenging realities that often accompany I.C.U. survival.

Even if I did tell her about anxiety, depression and post-traumatic stress, I doubted that she would have been able to hear it then, through her exhaustion and pure relief that her husband would not die there in that room. I would invite him to an upcoming support group, I thought, and jotted down his name so that I would remember to do so.

Then I turned my focus from the future back to the present. He was getting better, that much was true. And for the moment, that was enough.